There are two sides to every coin. What side of the coin are you on? Is it a Chemtrail or a Contrail?

Chemtrails are trails left by aircraft spraying chemical or biological agents. Some believers say these chemicals could be any one of the following: barium, aluminum salts, thorium and/or silicon carbide. 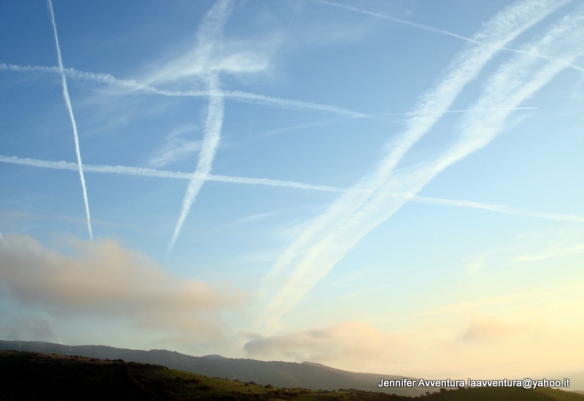 Contrails or condensation trails are streaks of condensed water vapor created by the exhaust from the aircrafts engine.

Is this just another conspiracy theory? Or are the governments hiding something big from the public? The United States Air Force (USAF) states that the theory of chemtrails is a hoax and governments the world over deny any speculation of spraying its public with toxins. 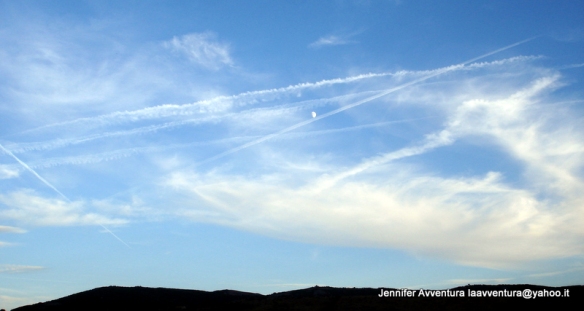 The Air Up There

Are you a sky-watcher? Do you believe in the conspiracy?

** I am not a scientist or even a nephologist. I’m just a woman watching the curious sky … change.

31 thoughts on “The Chemtrail Hoax”