One hundred and twelve years have passed since the first Cavalcata Sarda took place to honor King Umberto 1 and Queen Margherita, who made a visit to Sardegna in 1899. This colourful folk festival is held on the second-last Sunday of May, every year. 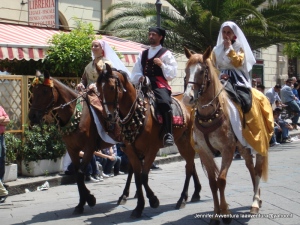 Traditionally, there was a large horse race throughout town, where thousands of manned horses would speed through the cobblestone streets of Sassari. In the last few years thecomune deemed this activity dangerous and moved the horse race to the Ippodromo (Domed stadium) in Sassari. 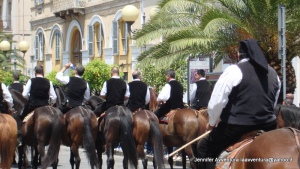 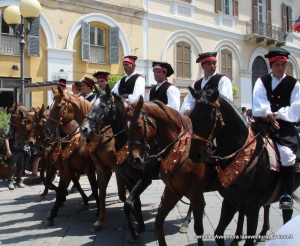 Sassari welcomes hundreds of horse-men and horse-women from every part of Sardegna. The procession begins with the folk groups, dressed in multi-coloured traditional costumes embellished with jewels and amulets. With them, they carry the traditional labour of the area(s): kindling for the fire, old-fashioned baked breads, vines from the vineyard, walking sticks, local cheese and wines. 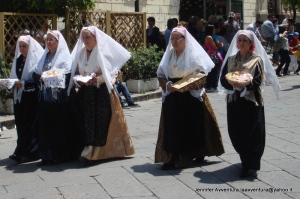 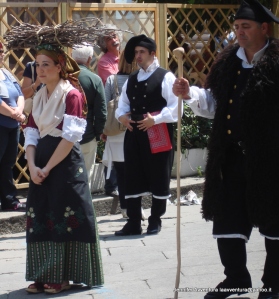 Traditional Sardinan music and singing is played out before the judging panel. Each town gives their best performance with the glory going to only one.

The best part of this festival are the children. They never stop smiling. There is a beauty in their eye’s that only this island will understand. 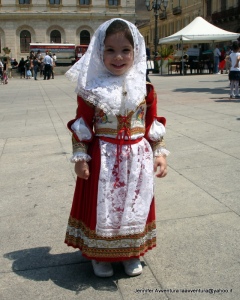 Have you been? Are you going? I’d love to hear your tales from this great event!