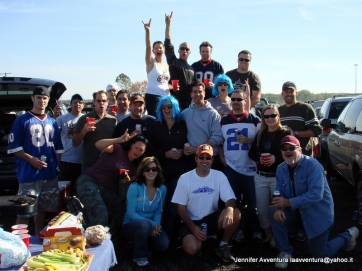 The tailgate party itself, is generally held in the parking lots of major American and Canadian sporting stadiums. It’s the build up to the BIG game: football, soccer, baseball, hockey and basketball.

It’s easy to jump on the bandwagon to support a team, just for the flavour of the tailgate party. Heck, I did. My hometown is just an hours drive to Ralph Wilson Stadium in Buffalo, NY.

Hey folks – I’m not going to lie here, I don’t know a lick about American football. I don’t know who plays on what team, whose colour is whose colour, nor do I know the rules – I just like the tailgate party.

I’ve been to a few Buffalo Bills games to understand the full-scale of a real tailgate party. Thousands of people hanging out in the back of their pick-ups, dancing in parking lots, amateur football throwers, Dads without t-shirts, a Jack Daniels shooter truck, the Buffalo Jills and plenty of American sporting merchandise to tempt our liquored pockets.

To tailgate; expect to spend an entire day on the pre-tailgate, watching the game and the post-tailgate party. It’s also wise to book the following day off work.

And what is all this nonsense about, you ask? All this build up, for what? 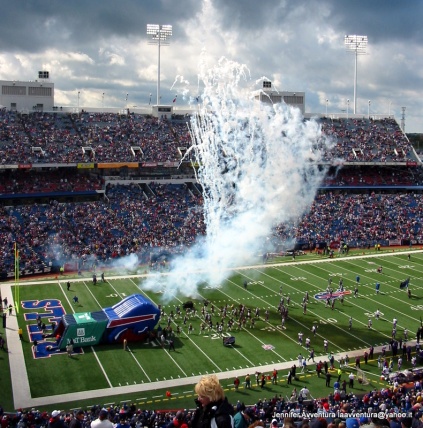 We can’t forget about the reason we are here, right?

I hope you’ve enjoyed tailgating with me. 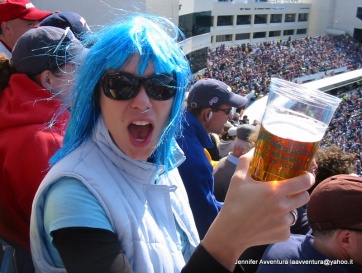 How do you tailgate?

12 thoughts on “The Tailgate Party | Every Fans Delight”