Sassari – a sprawling city on the northwest coast of Sardinia, population 130,000. Sassari is the second largest and one of the oldest cities in Sardinia. Sassari is a city rich in art, history and culture and the economy relies heavily on tourism.

Sassari is a bustling, busy city and jam-packed with fantastic events for all ages. The most popular being:

1. I Candelieri (The Descent of the Candle Bearers)
2. Cavalcata Sarda
3. Sardinia Film Festival which was founded in 2006 and features over 500 films.

My love for all things ancient truly shines in the photo below. Sassari was founded in the early Middle Ages but the origin of the city, to this day, remains a mystery. 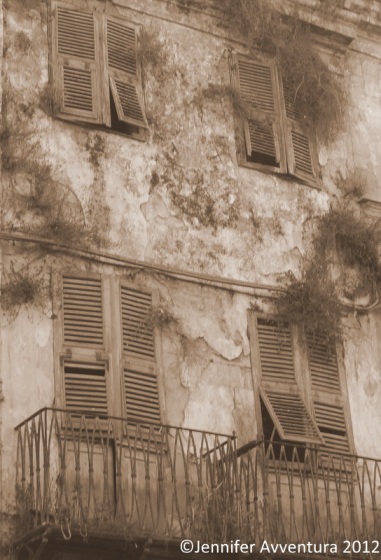 On a busy summer day or when the festivals are in full swing, all windows have a beating heart and peering eyes. 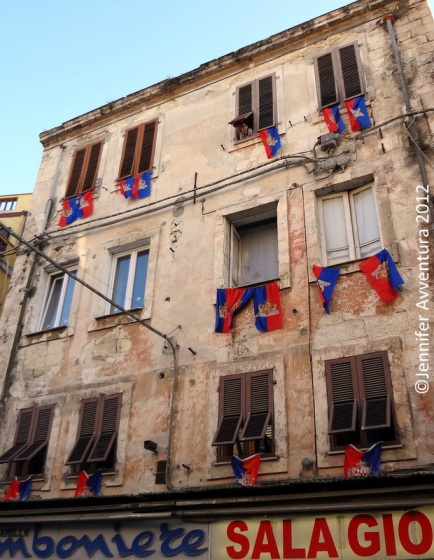 Thank you Sassari for holding me in your arms, if just for one day. I will return to explore more of this ancient, exciting city.