Sardinia is known for its long summer, turquoise coloured warm waters, 200 days of sunshine and an average yearly temperature that will melt any Canadian’s heart. So, when is the best time to visit this magical island in the Mediterranean?

Let’s break the year up into groups of four to see what it really looks like in Sardinia.

These three months are the coldest, wettest and most windy of the year. Locals busy themselves collecting wood to keep them warm during the drabbest months of the year.

This is my favourite time of year in Sardinia, the birds are singing and the town is filled with smiling happy people and the temperatures are warm enough for jeans and a t-shirt. It’s also the time for my favourite Sardinian festival of the year – Cavalcata Sarda. 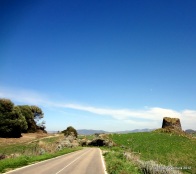 May 20th at Cavalcata Sarda in Sassari

These three months are undoubtably the hottest and busiest of the year. The sun is shining all day, every day and the beaches are filled with global beach goers. It’s the perfect time to chill seaside with the perfect novel.

October and November are iffy months. We’ve been known to spend an afternoon on the beach in November while the following day is filled with thunder, hail and lightning storms. 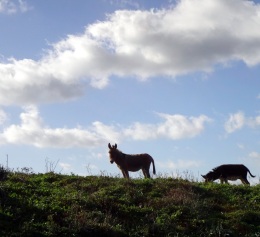 When will you visit Sardinia?

65 thoughts on “When is the best time to visit Sardinia?”